Yesterday was the Leighton Buzzard Young Farmers Club’s Pre-rally held at Cottesloe school in Wing. Many Clubs attended but most of the results won’t be announced till the day of the rally on 18th May. Below are some pictures from the day and at the bottom are the three results that were given. 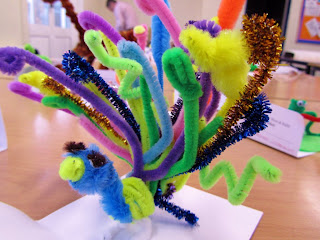 Competitors were to create a creature of their choice using pipe cleaners in 30 minutes. 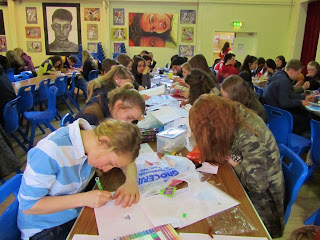 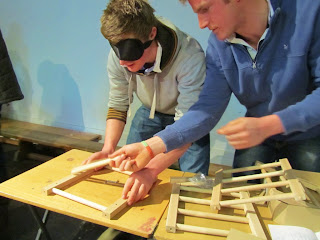 Competitors were to put together an Ikea flat-pack wine rack. Each club entered 2 members. One person was blindfolded and the other instructed them how to put it together. It was pretty funny to watch! 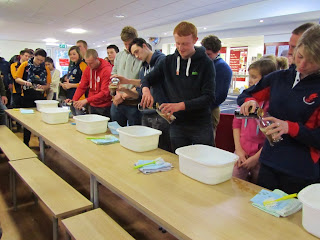 Each club was to enter one team of 3 club members (1 junior, 1 intermediate, 1 senior). One member poured a pint of Guinness, one member drank it (they had to be 18 or over) and one member had to wash up the glass. The class was judged on skill, efficiency and speed. 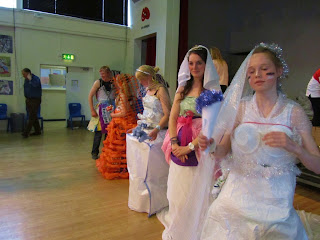 One team per club to make a wedding style dress from recycled materials. Each team to comprise of 3 YFC members – 2 to dress and 1 to be dressed. All materials to be provided by clubs, 30 minutes allowed to make and dress the model ready for the model to parade. 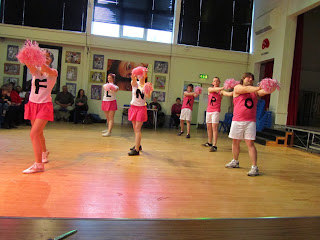 (We held the eastern area round to on Sunday, this is Norfolk’s entry!)
One entry per club comprising of between 5 and 10 members. The team must include 2 males and 2 females. Music to be provided by the team on a CD. Time allowed: minimum of 2 minutes and maximum of 4 minutes.

The Young Farmers organisation is for young people between the ages of 10-26 with an interest in the countryside. Though you definitely do not have to be a farmer to be a member of one of our clubs. Bedfordshire YFC is one of many counties through out the UK that has clubs, currently we have over 400 members in 7 clubs.