The annual AGM was in Blackpool this year and took place last week (Friday 3rd May – Sunday 5th). This is the highlight of the young farmer’s year and contains many of the competition finalists that have had to progress through county and area rounds. It is also an excuse for a jolly good party; it was a black tie event on Friday night, a Where’s Wally party on Saturday and a Boiler suit boogie on Sunday night. 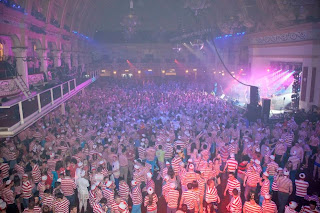 The competition finals were:

Drama won by Wales (and what a show it was too!).

Ballroom dancing hosted in the Empress Ballroom with 11 teams from all over the country, including lbyfc but Bakwell in Derbyshire took home the trophy.

The Cheerleading final was won by Clunderwen from Pembrokeshire but a fierce competition was fought by Trefeglwys in second and Bakewell in third.

Senior Member of the year was won by Paul Glanvill from Whimpie and Broadclyst, who helped us when we hosted the Stock Judging.

It may be over for this year but I’m sure all our members are looking forward to the next! 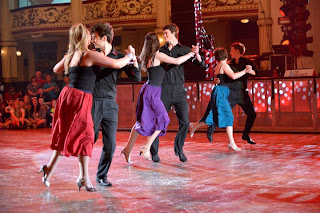