Our club was one of the first to be set up and had its 75th Anniversary in 2009; we are also one of the biggest clubs in the county belonging to one of the most active counties in the country. There are 51 federations split between England and Wales with over 26,000 members but unlike the name suggest they aren’t all farmers.

The club is self-directed i.e. it is run by the members for the members but you don’t have to be a farmer to join, you only have to have an interest in the country side. With plenty of events throughout the year and a regular club night each week LBYFC’s members are kept busy all year round, however it does get a little quieter in the autumn whilst some members are busy harvesting

How we Spend our Time

The year is divided up between meetings and competitions; LBYFC meets on a Thursday night each week for planned events. Some of our past meetings have been silk painting, card making, meeting a Darlek, a tour of a quarry, lama leading etc. Thursday can be set aside for whole club meetings, juniors, Intermediates and senior members or for a particular age group. There won’t always be a meeting so sometimes we’ll just pop down the pub for a drink and a catch up, obviously of age members only. 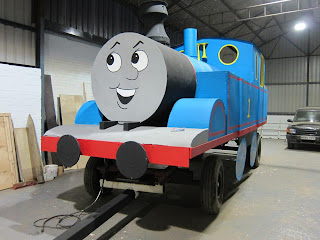 Competitions happen often and a lot of time is spent practising for them. Tug of war, Drama Competition, Stock Judging and the Ploughing Match are hosted as well as Pre-rally and Rally. The last two involve handy crafts, wood working, animal showing, float building, cheer leading and plenty more. I suggest you look at the other pages on this blog to find out more

Even if you’re not in club age you can become an associated member to help run the club and take part in our events. The parents and friends of the group are important to us, a lot of our helpers are ex-members and provide their time, facilities, products and support for the various events and meetings we put on. We are always willing for new members to join so pop along to meeting or get in touch with someone from the Contact Us page.